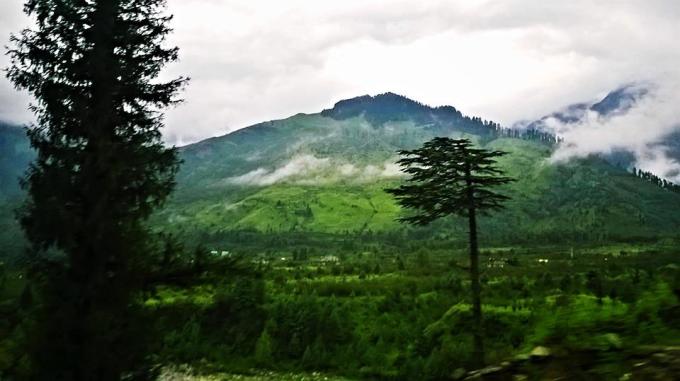 Across the world, there is a rapid increase in urban living and an ever greater understanding of the consequences of Global Climate Change. Towns are experiencing warmer weather, hotter summers and delayed winters. Even, we can expect much greater changes in the decades ahead. This in addition to the increase of population day by day and with no specific control on the increasing population explosion, there is a fierce struggle for land and space. There is also an increase in the intake of food and water. So, all these factors lead to an increase in demand graph and supply chart seems to go down. This is a worrying fact for a city or town, which needs to survive this trouble times. Today, what Nature has given us for free is bought at a cost by humans due to depleting resources. 15 years back most of the people never thought of buying mineral water. They do now as fresh clean water is reducing these days with lots of added problems. Now agitations and war like scenario occurs only to get clean drinking water. Days are not far when we need to buy oxygen cylinders to breathe!

What seems now is feasible to implement policies which are already made giving importance to disaster management plans with innovations. Hence, we need to find some sustainable approach to keep a balance. The approach should be in areas concerning water, land, food and the air we breathe. All these are the basics of human survival. Let us take the example of water. It’s not the simple expansion of irrigation. It had an ecological and social dimension as well and was the key to rural transformation. Providing a limited but assured quantity of water to all urban households irrespective of their landholding is the key for water conservation. Now, to serve such dispersed need, the systems required had to be entirely different – technologically and socially. The population of the world tripled in the 20th century and now the use of renewable resources have grown six fold. Within the next fifty years the World population may increase by another 40%-50%. Now this population growth coupled with industrialization and urbanization will result in an increasing demand of water and will have serious consequences in the environment. Already there is more waste water generated and dispersed today than at any other time in the history of our planet: more than one out of six people lack access to safe drinking water, namely 1.1 billion people, and more than two out of six lack adequate sanitation, namely 2.6 billion people approximately (Estimation for 2002, by the WHO/UNICEF JMP, 2004). One must know that these figures represent only people with very poor conditions. In reality, these figures should be much higher.

Less availability of water leads to water stress. Water stress results from an imbalance between water use and water resources. Hence depleting resource leads to many tensions over neighbors, communities, districts, states and countries. So, it is a real fact that there is a water crisis today. “But the crisis is not about having too little water to satisfy our needs. It is a crisis of managing water so badly that billions of people – and the environment – suffer badly.” World Water Vision Report

This leads to issues with environmental sustainability and thus is a reason to environmental catastrophe. Environmental Calamity Management is a highly complex problem and has diverse manifestations. It is a phenomenon which affects people in different ways and is the result of social, cultural, economic and political factors. It is to be noted that all crises do not give rise to emergencies and the radical changes do not mean that it is always in negative.

Hence the vision of the policy makers needs to assist the vulnerable and poor people to bring about positive change and to support their capacity to withstand adverse changes that may affect their social and economic developments. The changes should be made after proper judgment as any changes for the vulnerable people or the communities may give rise to a crisis that may overpower their capacity to cope and hence is an uncalled emergency. Crisis is not only about this unexpected catastrophe but also the sum-up of this slow build-up of political, social, economic and environmental factors. Along with all these issues, there is a combination of unexpected incident such as cyclone, flood, earthquake, drought or any other type of major accidents, which would definitely add to these changes in a very negative way. Hence, it is critical that intervention addresses these issue and policies made accordingly.

Coming back to the fresh water crisis and with this current state of affairs, correcting measures still can be taken to avoid the crisis to be worsening. There is an increasing awareness that our freshwater resources are limited and need to be protected both in terms of quantity and quality. This water challenge affects not only the water community, but also decision-makers and every human being. “Water is everybody’s business” was one the key messages of the 2nd World Water Forum.

When the human population of an area is small, poor land use may affect only the people who are guilty of bad judgment. As the population increases, everyone suffers if land is improperly used because everyone eventually pays and often the case; everyone suffers a permanent loss of resources. A small example is if grasslands in low regions are plowed up and planted to wheat (poor land use), a “dust bowl” or temporary desert will sooner or later be a result. If the grass cover is maintained and moderately grazed (good land use), no dust bowl will likely to be developed. It is a general observance that good land use planning has come only after human has first destroyed or damaged a landscape. It is just as the saying goes that Human does not seem to understand a system which he did not build.

Some solutions to these environmental problems are:

Generally, the short term profits that can be made by exploiting urban land are so huge that it is difficult for people to foresee the socio-ecologic backlashes and overshoots that accompany uncontrolled growth.

With the increase in population, food supplies will reduce resulting in increasing prices.

In other words, the size and quality of the “environmental house” should be an important consideration and not the number of resources; we can relentlessly squeeze from the earth. A reasonable goal could be to stress on the fact that a third of all land could be under open space use. The dependence of a city on the countryside for all its vital resources (food, water and so on) and the dependence of the country on the city for economic resources become so widely recognized that the present political confrontation that exists between the rural and urban populations is eliminated.

Hence a variety of methods need to be taken to tackle climate change and its consequences and those initiatives should:

These and many more planning & policies may help us to look deep into these environmental issues and find effective solutions to the problems through corporate social responsibility and working hand in hand with various agencies.

(Above are my personal opinion)

The website on Disaster Management started its journey in the year 2005 and had been continuously trying to create awareness amongst the masses for disaster risk reduction. It has been our mission to increase our inner consciousness towards making this world safer and greener and thus protect us from environmental degradation and catastrophes. We have a vision to protect the world from natural catastrophes through our green planning/policies and discussion on various subjects related to Disaster Management.

The website on Disaster Management started its journey in the year 2005 and had been continuously trying to create awareness amongst the masses for disaster risk reduction. It has been our mission to increase our inner consciousness towards making this world safer and greener and thus protect us from environmental degradation and catastrophes. We have a vision to protect the world from natural catastrophes through our green planning/policies and discussion on various subjects related to Disaster Management.